It's the final Countdown Day until MFT's February Release.
All new goodies go on sale tomorrow, February 5th at 10AM EST! 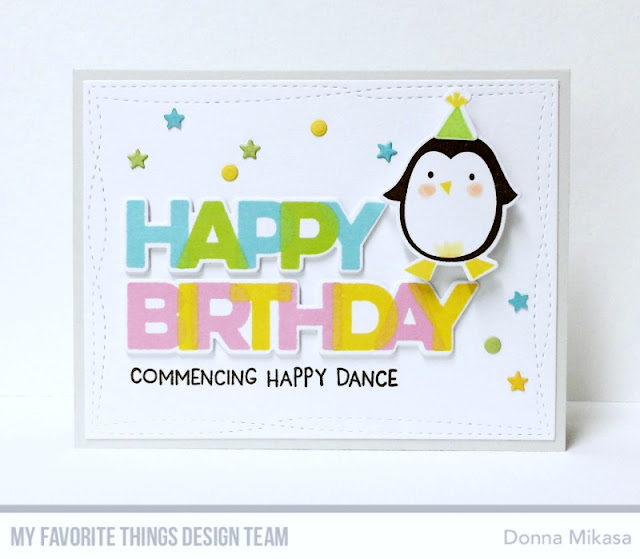 The blended sentiment was inked with four different dye inks and although it's
not a necessity, having the Misti makes it so easy to line up. I die cut the sentiment,
and cut several more to adhere together to form thick, chipboard pieces.

The penguin was inked with dark brown ink, and its beak and feet with yellow ink.
I added blush to its cheeks and a bit of color on his tummy. A panel was cut with the
wonky stitched rectangle die, then adhered to a Grout Gray card base. 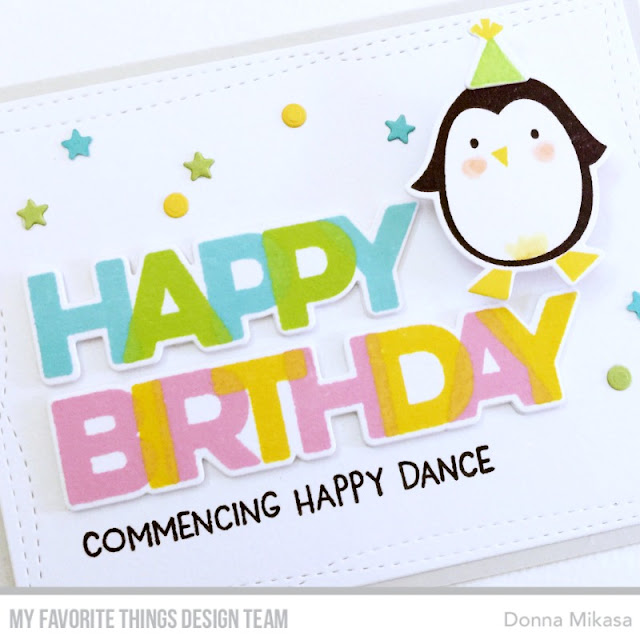 I stamped the sentiment and decided to adhere the penguin to the card with an
Action Wobbler. The finishing touches were the party hat and confetti from my stash.
I wish you could see the little guy doing his happy dance!

Be sure to stop by My Favorite Things for more peeks at the February Release and
leave a comment there for a chance to win a $75 prize.
Hope to see you tomorrow for Release Day! 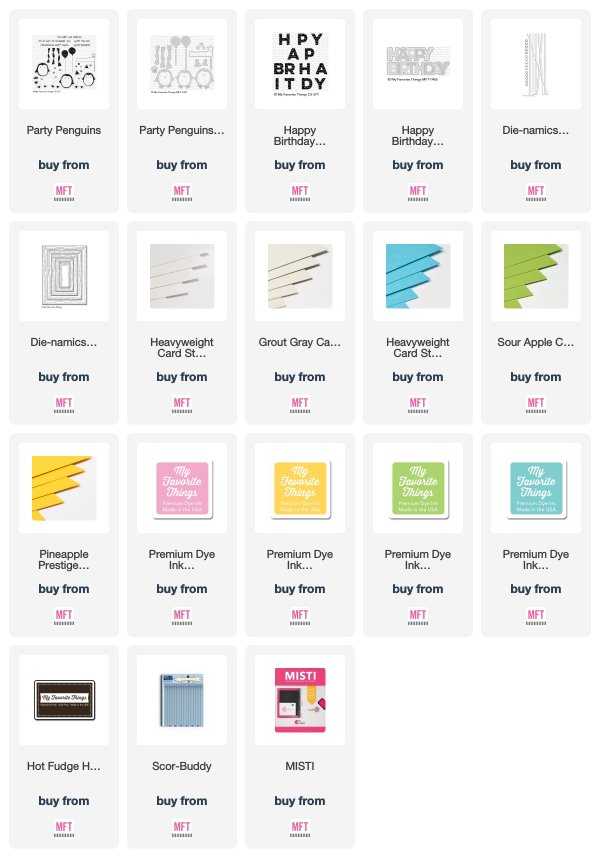