Day 3 of My Favorite Things May Release Countdown features
Straight To the Point, this month's Pure Innocence cutie.

Since she's carrying a ginormous pencil, I went with a grade school theme.
She was stamped with Black Licorice Hybrid ink and colored with Copics,
then cut with the matching dies. 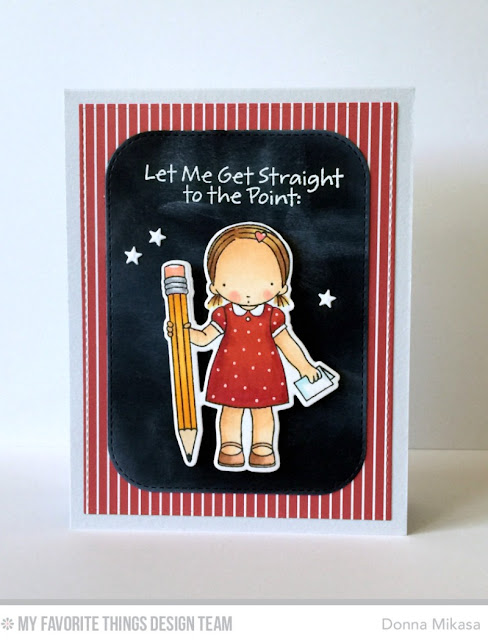 I die cut Black Licorice card stock with the Stitched Rounded Rectangle STAX
and gave it a chalkboard look by lightly sponging on white pigment ink.
The sentiment was white embossed on the panel and the little girl was
adhered with dimensional foam. 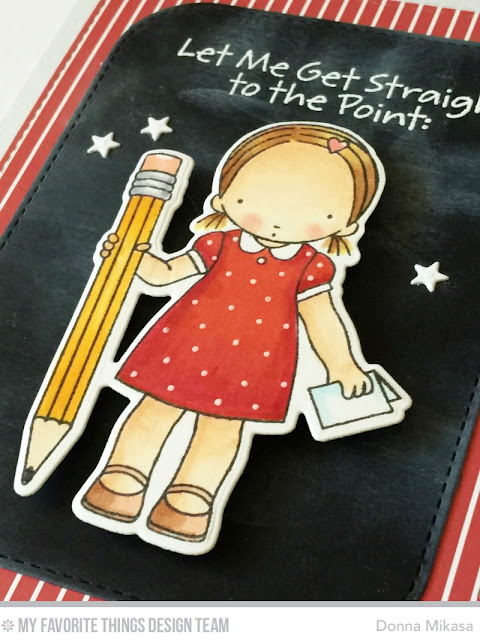 A cool new product in the MFT Store is black foam tape, which takes the
worry out of foam tape showing, especially on a black background.

Red and white striped patterned paper was adhered to a Stone Gray
card base, and the black panel was adhered to it. I stamped the second part
of the sentiment on the inside of the card. The finishing touch are
some white stars for the star pupil.

All new products will go on sale Tuesday, May 3rd at 10PM EST in the
MFT Store! Meanwhile, be sure to visit today's countdown post at
My Favorite Things and leave a comment to win a $75 gift voucher!

I had so much fun with this new set, that I created two cards with them.
On the first card, I inked a watercolor panel with several colors of dye inks
and spattered some water over it, then cut it with the rectangle element
from Blueprints 24. 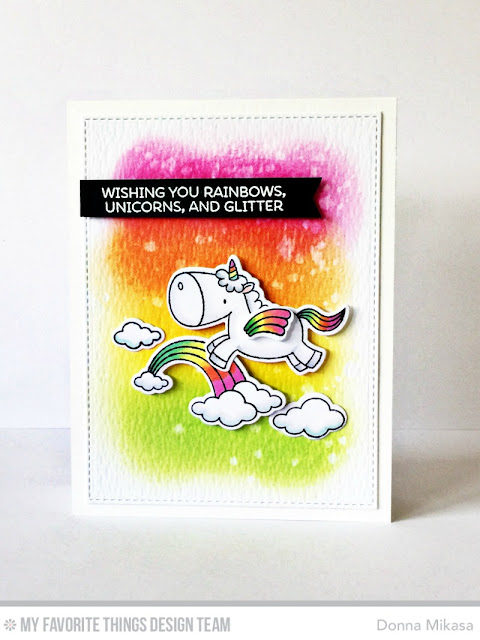 The unicorn, rainbow and clouds were stamped with Black Licorice
Hybrid Ink and colored with Copics, then cut with the matching dies.
When the panel was dried, I adhered the images, using dimensional
adhesive for the rainbow and unicorn. 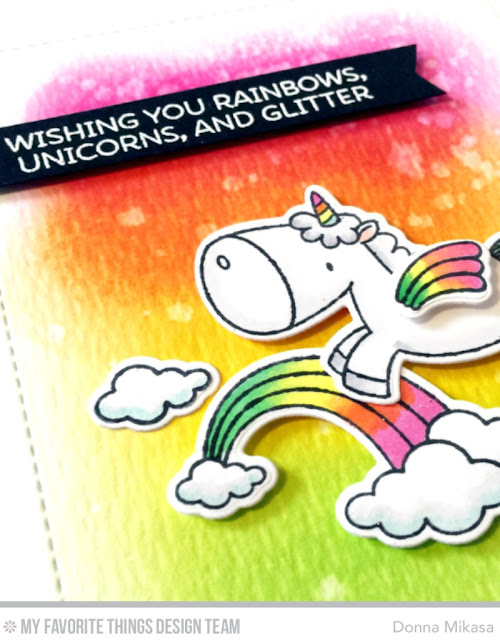 The sentiment was white embossed and trimmed into a banner, then
popped up on the panel. Although you can't see it, I added a bit of clear
Wink of Stella to the clouds for added shimmer.

And notice his spiffy wings? He may be the first flying unicorn on record
but if he's flying that high, he'll definitely need wings, don't you think?

My second card pairs the unicorn with the new End of the Rainbow Die-namics.
After die cutting the rainbow from watercolor card stock, I sponged on several
colors of Distress inks in "waterfall" fashion, and spattered on some water. 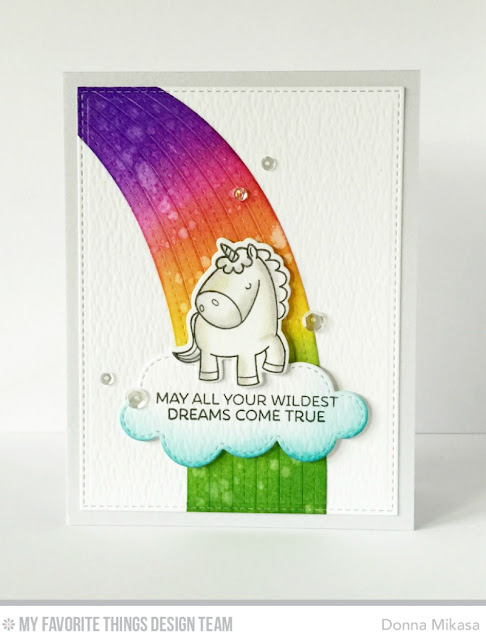 The unicorn was colored in light tones of Copic grays, and die cut with the
matching dies. The rainbow was adhered to a watercolor panel, then cut
with the rectangle element from Blueprints 24. 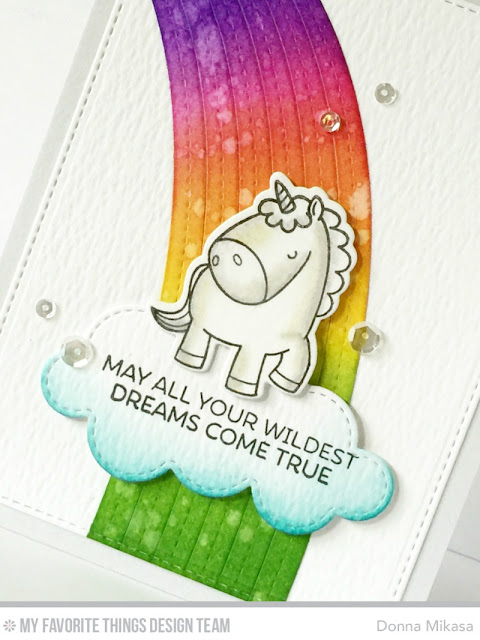 The sentiment was stamped on the cloud and some color was sponged
on the bottom portion for dimension. After adhering the cloud and unicorn
to the rainbow panel, the card was finished off with a few clear sequins
then adhered to a Stone Gray card base.

Stop by today's countdown post at My Favorite Things to see more of
the new release and leave a comment there for your chance to win a
$75 gift voucher to shop in the MFT Store!