Are you ready for another amazing release from My Favorite Things?
Day 5 of the May Release Countdown features Pretty Posies, and today
I'm sharing cards using them in two different ways.

On the first card, I filled an A2 size of watercolor card stock with blooms and
leaves using Distress inks, then went over the outline of the images with a
waterbrush for a loose watercolored look. 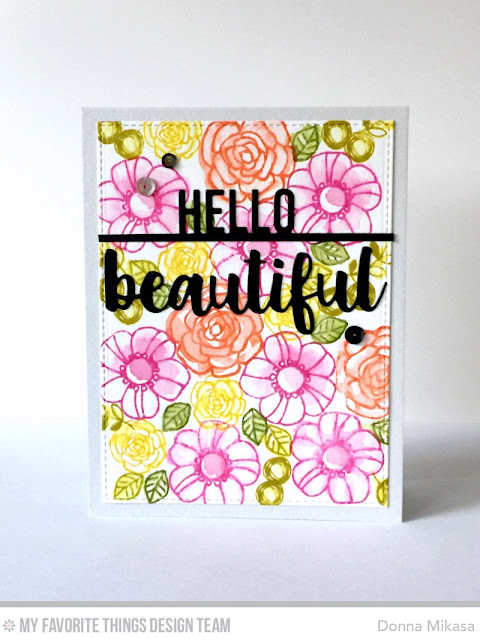 After the panel was dried, it was cut with the rectangle element from
Blueprints 24 and adhered to a Stone Gray card base. The two part sentiment
is an early peek at some new Die-namics to be shown later this week. 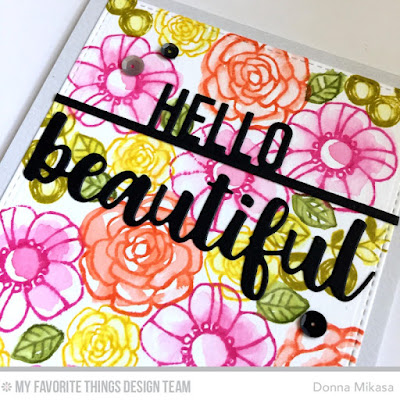 My second card features a technique that teammate Kimberly shared several
months ago by inking and spritzing the stamp with water before stamping
for a watercolored effect. I love the carefree, Marimekko look. 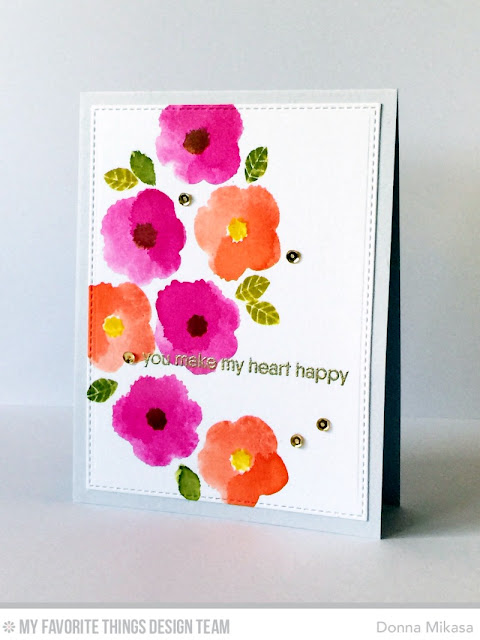 It's a forgiving technique and no two results are ever the same. The card was
finished off with a gold embossed sentiment (also coming out later this week!)
and some small gold sequins. 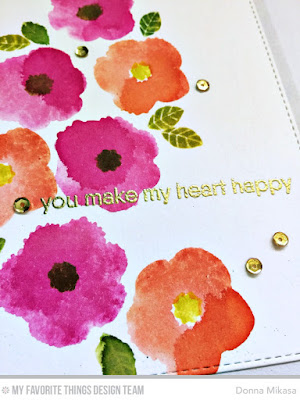 Be sure to stop by today's countdown post at My Favorite Things to see more
new products from participating designers and leave a comment there for
your chance to win a $75 gift voucher to the MFT Store!