It's October Release Replay at My Favorite Things when the Creative
Team shares fresh ideas and even more inspiration with the recent release.

I chose to play with the Happy Wonderful Christmas Die-namics since I didn't share
a project using it during the release. And of course the Yeti made an appearance. 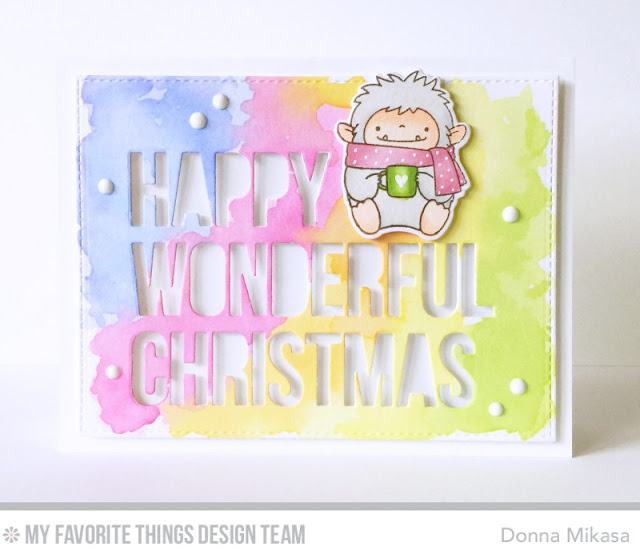 I watercolored a panel of watercolor card stock with Distress inks. After it was
dried, I cut it with the rectangle element from Blueprints 24, then die cut
the three part sentiment.

Originally, my plan was to make a shaker card, but I felt that the watercoloring was
too "busy" so I left it as is. I did adhere a piece of acetate behind the sentiment,
just to give the negative spaces a bit of support.
I colored a Yeti in pastel Copic colors and adhered him to the panel. The panel
was popped up on a white card base and finished off with white Nuvo Drops.

For more inspiration from the participating Creative Team members,
visit today's Replay post over at My Favorite Things.