Just in time for Halloween is a new image from Jane's Doodles named Winnie. About a month ago Jane emailed me a digital stamp to play with and I quickly colored her up and made a couple of cards. 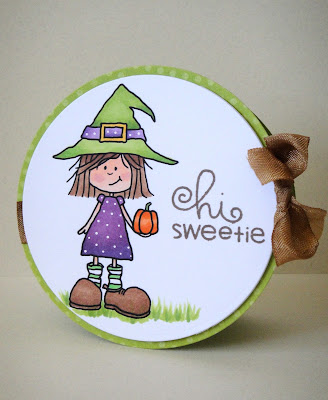 The first is a circle card, cut out with Spellbinders Large Circle dies. Winnie was colored with Copics and I added some white dots with a poster paint pen to her dress and hat. Some grass was drawn on the bottom to ground her and the sentiment is two words from Paper Smooches' Word Up set that were joined together. 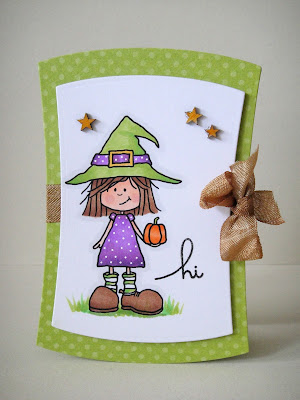 I colored her a second time with the same Copic colors and cut everything out with Reverse Wonky Rectangles. I tied some seam binding and attached some tiny veneer stars and used another Paper Smooches sentiment. Isn't she a cutie? 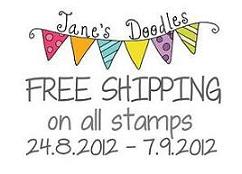 Digital stamp Winnie is now on sale at Jane's store along with four new clear stamp sets. And from now until September 7th, Jane is offering free shipping on all her stamps.

Visit her store and check out the new release. You won't be disappointed!