CASual Fridays #66 is Splish Splash--create a clean and simple project featuring something you would see in or at the ocean. I reached for Paper Smooches Surf and Turf set with its cute set of ocean critters and decided to go with the whale. 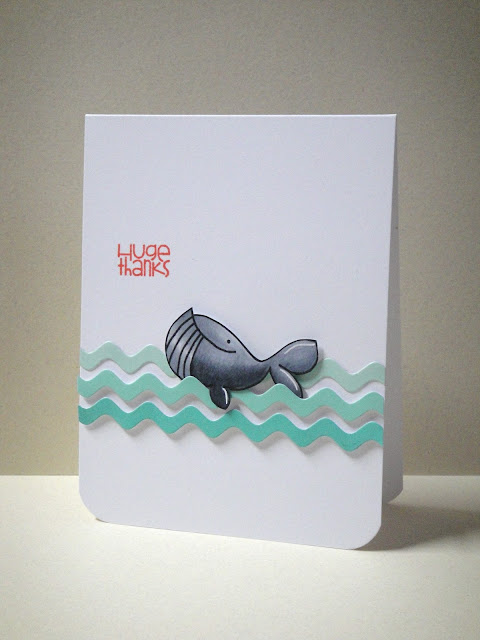 I colored the whale with Copics and trimmed it out. I used three shades of Pool notecards and die cut some ric rac borders to simulate waves. I wanted to nestle the whale in the waves so I adhered the top ric rac and popped up the other two. A perfect fit for the whale. The sentiment is from the same set, stamped in a contrasting color.

Did you know that humpback whales migrate to Hawaii all the way from Alaska? I've never seen one in person. It's on my bucket list and I'm hoping to cross it off soon.