Welcome back to Day 4 of My Favorite Things July Release Countdown!

Today we're featuring Impact Alphabet and Impact Numbers Die-namics--
big, bold letters and numbers that will make a statement on your projects.

I have two projects to share with you today. For the first, I die cut three sets of
the acronym and stacked them together to form thick, chipboard-like letters. 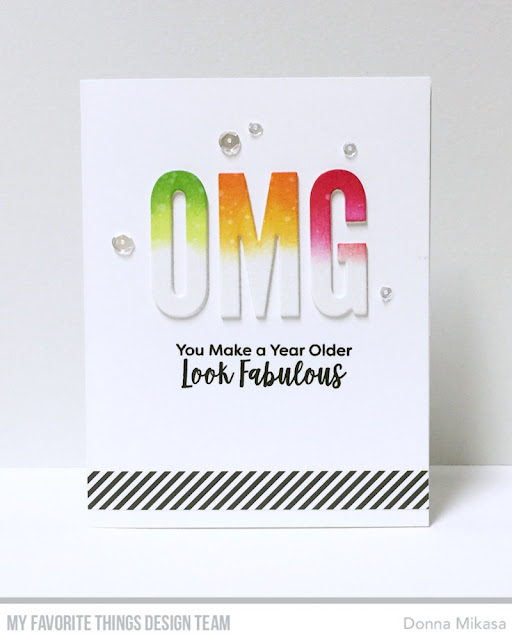 They were die cut once more from watercolor card stock and inked with
Distress inks, then spattered with water. When they were dried, they were
adhered on the respective letters, then adhered to a white card base.

The second part of the sentiment was stamped beneath the letters and a strip
of patterned paper was added underneath. Clear sequins finished off the card. 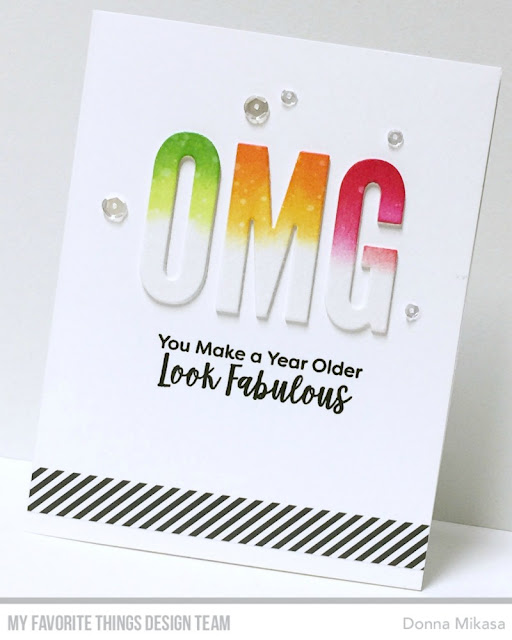 For my second card, I decided to deboss the entire alphabet on a panel of watercolor
card stock since I didn't cut the letters apart. The panel was adhered to a white card
base, then stamped with some spatters. 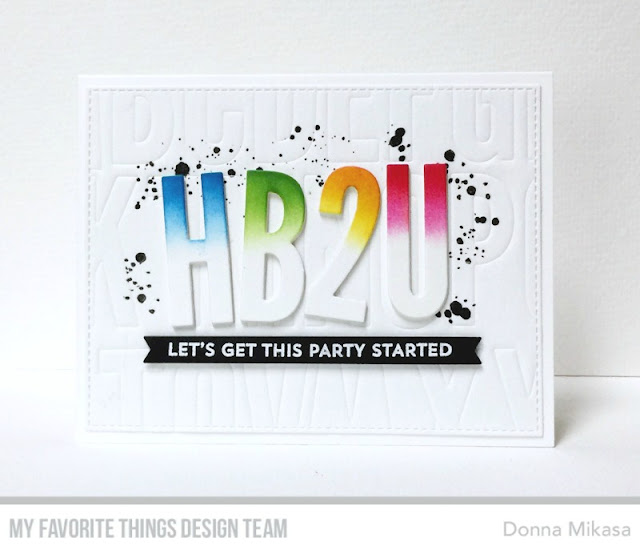 The letters and number were cut three times and layered like in the previous card.
I ink distressed the sentiment letters in rainbow order and adhered them to the
respective letters. 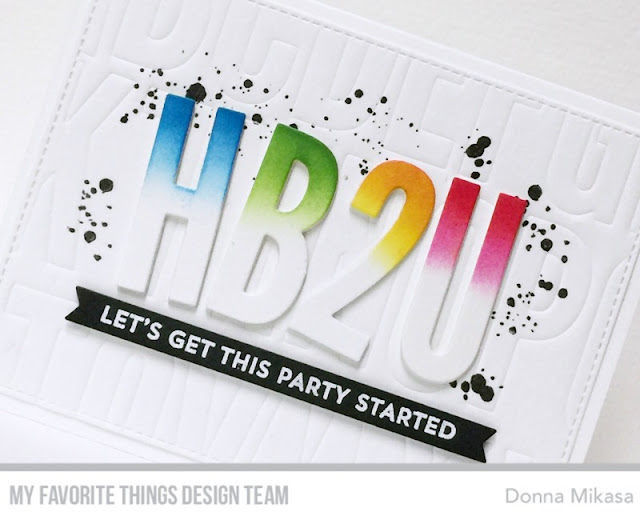 I adhered them slightly crooked over the panel, then finished off the card with the
white embossed sentiment on a fishtail banner.

Visit today's Countdown post for more peeks at the July Release and leave a comment
there for a chance to win a $75 prize!
Posted by donna mikasa at Friday, July 05, 2019