It's the final day of MFT's September Release Countdown! All new goodies
will go on sale tomorrow, September 3rd at 10AM EST in the MFT Store.

Do you like the look of "spatter" on your cards but don't want to fuss with a
brush and the mess? Then you'll love the Brush Spatter Background Stamp! 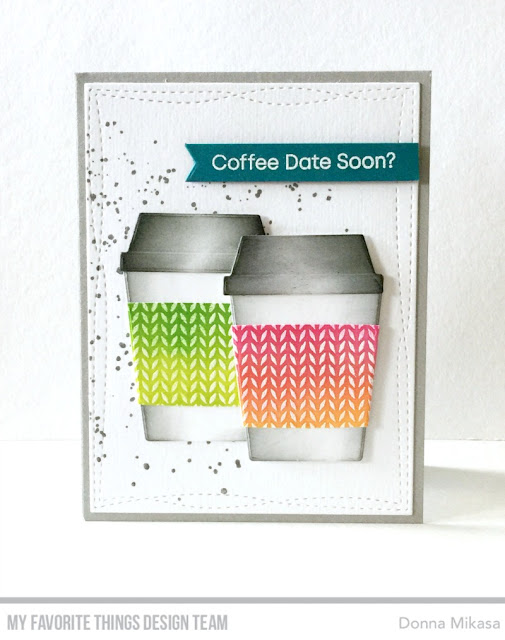 I created two more cups with knitted cozies and placed them temporarily
on my card to decide where I wanted the spatter. After cutting the panel with
the wonky stitched rectangle die, I placed it in the Misti and inked up only
a portion of the stamp before stamping it on the panel. 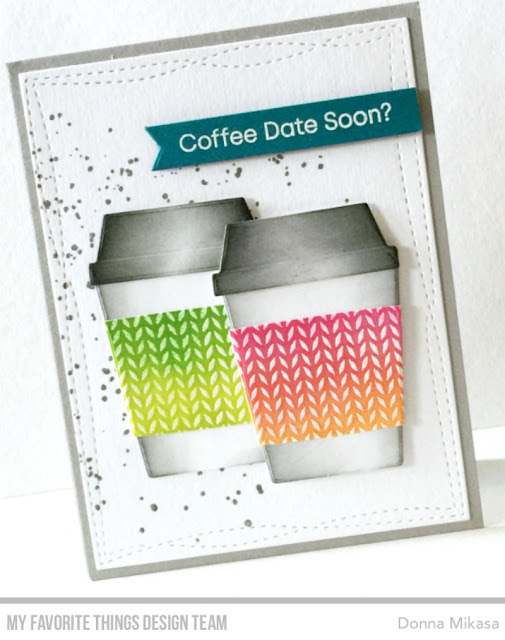 I adhered the two cups and added the white embossed sentiment from Cup of
Love then adhered the panel to a Cement Gray card base. The spatter stamp is
rather large but versatile because you can ink up only a portion of the stamp
to suit your needs.

Stop by the MFT blog for more peeks at the new Release and don't forget to
leave a comment there for a chance to win a $75 prize. And stop by
tomorrow for Release Day! 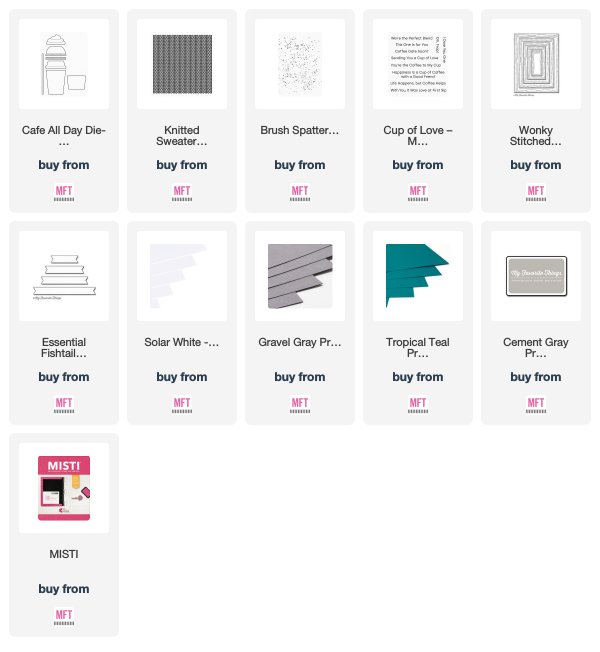