It's the second day of MFTs  September Vault Release. Today I'm sharing the
Game Controller Die-namics and Level Up Stamp Set which was so popular
during its first run. If you missed it then, now's the time to grab it! 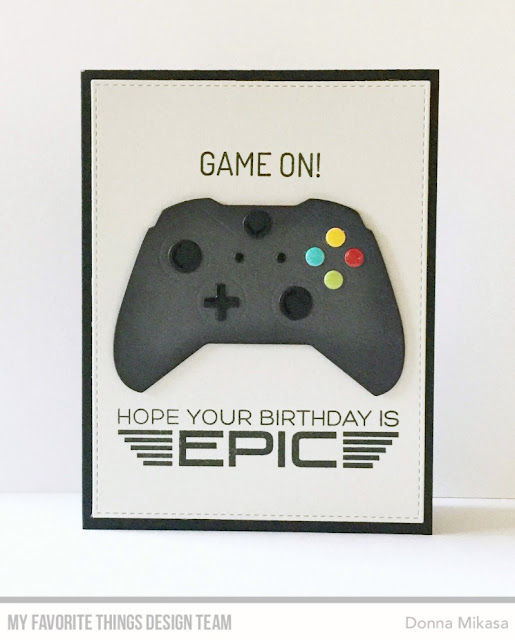 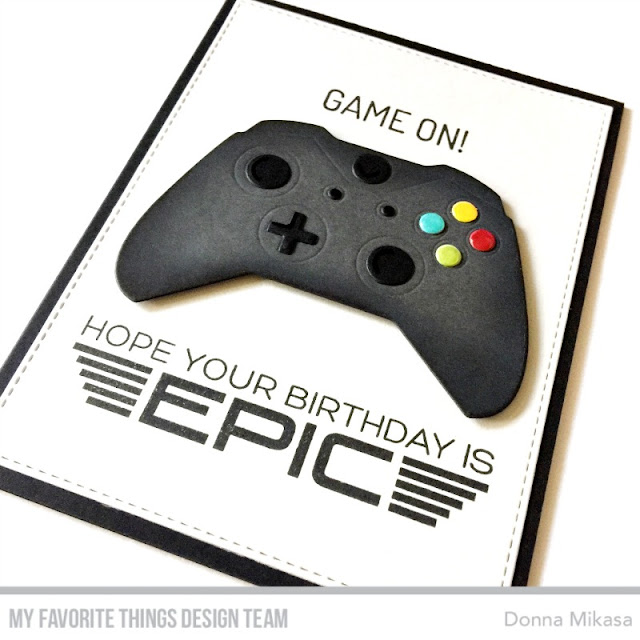 I adhered the piece to a Grout Gray panel which was then adhered to a black
card base. The sentiments were stamped above and below the controller and I
added some shine to the buttons.

This is such a fun set for gamers of all ages and, along with the rest of the September
Vault Release, is waiting for you now in the MFT Store! Happy shopping! 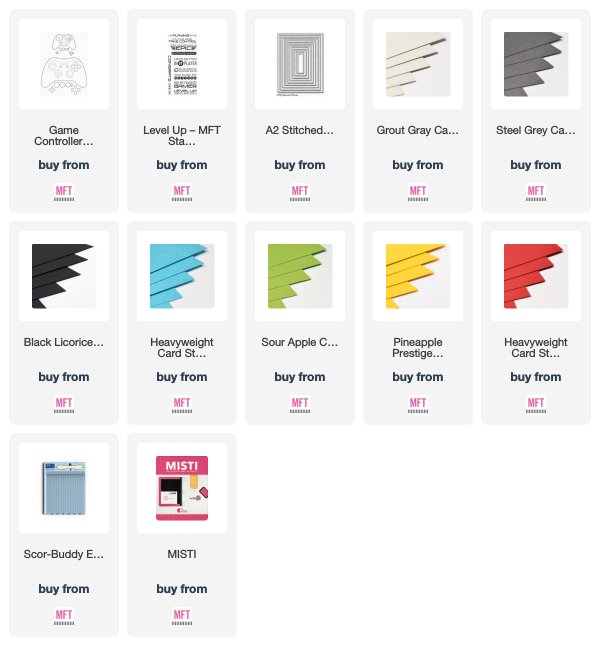