MFT Say It in a Starburst Card Kit Day 2

Here's more inspiration for you using MFT's Say It in a Starburst Card Kit. This
versatile kit will go on sale tomorrow, August 20th at 10AM EST in the MFT Store!

Today I'm sharing a card using the Starburst Die-namics, Say It in a Starburst Stamp
Set, and this month's Card Kit "free with $60" Die-namics--Starburst Sentiment Strips. 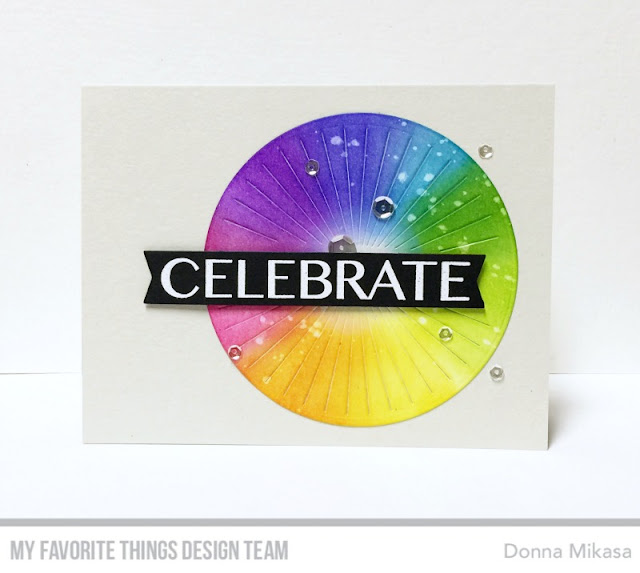 The radiating rays on the Starburst Die-namics cuts through the card stock but
I wanted them to remain intact so I used a Circle Die-namics to cut out a single piece.
I ink distressed the circle in rainbow order, with heavy pressure, then flicked on
some water. 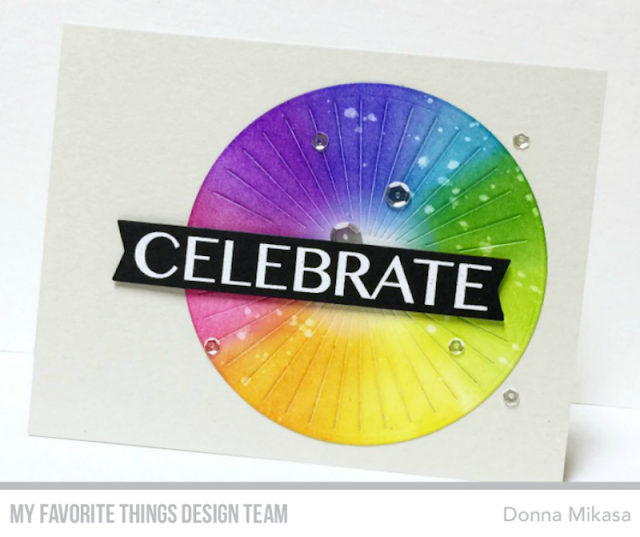 Any sentiment in the set would work with the gender neutral design. And you
can't go wrong with rainbows, too.

Visit today's Card Kit post on the MFT blog and leave a comment there for a chance
to win a $25 MFT gift voucher. Be sure to stop by tomorrow for Release Day! 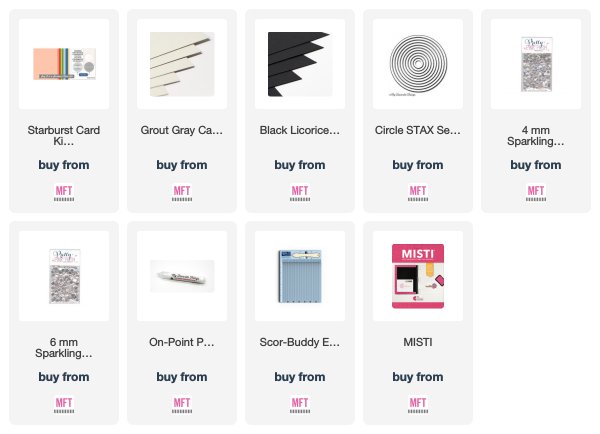