Here's this week's CAS(E) this Sketch #322, compliments of yours truly. 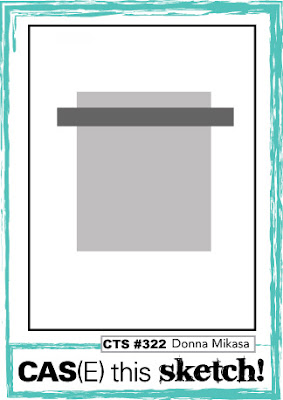 And after watching this video by MFT teammate Stephanie, I came up with this. 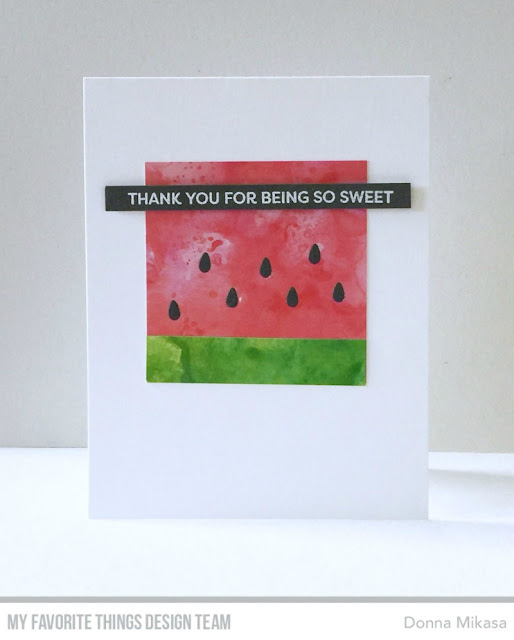 I followed Stephanie's tutorial using glossy card stock and Distress Oxide inks
then followed up with a coating of Distress Glaze. I trimmed the fleshy part of
the fruit and added the "rind" on the bottom, then adhered them to a white
card base. The seeds and sentiment strip were cut from Steel Grey card stock
and adhered to the card.

Have you ever seen square watermelons? Apparently in Japan, they start
growing them in square molds and by the time they're ready to harvest,
a square watermelon is born. They're purely ornamental and not meant to be eaten
but still, fun to look at.

Visit CAS(E) this Sketch to see how the rest of the team interpreted the sketch
and join us if you can. Link up your card(s) by Thursday, May 23rd and as the weekly
winner you'll be invited to join us on a future sketch! 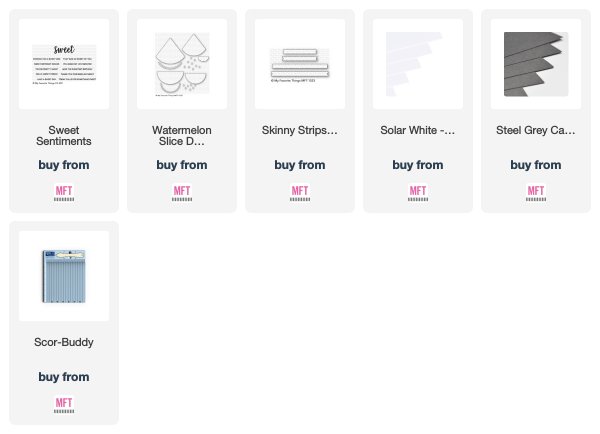