I'm so excited to be a part of Newton's Nook Designs November Release Hop!
I hope you've arrived from Tessa's blog. If not, start at the beginning at Newton's Nook
to see all the projects created by their design team and leave comments along the way. 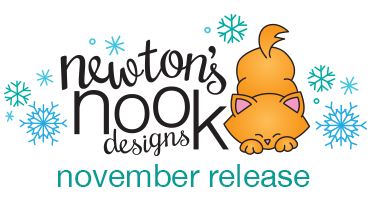 Today we're all sharing projects with Winter Tails. Here's a look at the set. 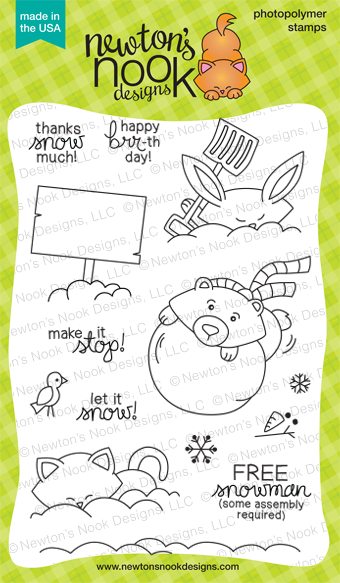 And here's my card. 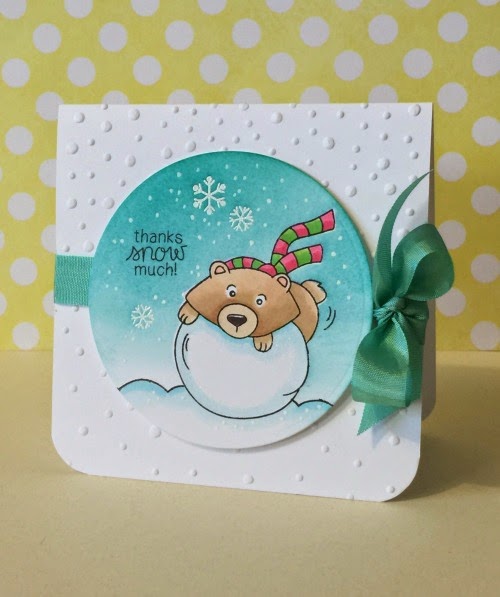 I stamped the bear on a snowball and masked him. The small snowflakes
were white embossed and I ink distressed the background with Peacock Feathers.
The image was colored with Copics and the punny sentiment is from the set.

I used a circle Spellbinder die to cut out the image and adhered it to a card
that was dry embossed with a falling snow embossing folder.
I used a white pigment pen to add some extra snow. How fun is that image?

Would you like to win Winter Tails?
This set will be given away to TWO lucky winners!
Here's how to win:

Comment on the Newton's Nook blog and the rest of the blogs here:

Two random winners will be chosen from the collective blogs release posts.
Make sure to check out each of the blogs and comment for your chance to win.
You won't know which blogs have been chosen, so the more you comment,
the better your chances of winning!

Stop by tomorrow for Day 2 of the November release, and happy hopping!